In most cases, no one would ever accuse me of being a brand loyalist. For cars and trucks, I have had Fords, Chevys, Hyundais, Buicks and even Suzukis. I have had everything from Hondas to Harley Davidsons and Mercurys to Evinrudes. I have had the same variety in my trail camera purchases. I have had Bushnells, Wildgame Innovations, Brownings and Primos. Then I bought my first Spypoint Solar-W.

I am not saying the other trail cameras I have owned were bad. Most have been very good or even impressive. However, they all had one big weakness; they use batteries. The vast majority of my camera failures have been due to batteries. Even when they do work, you have to buy batteries. With cold Wisconsin winters, that means more expensive lithium cells. This is the biggest advantage my Spypoint Solar cameras have; they don’t need batteries. My first one went all season and never touched the lithiums I had in it as back ups to its internal lithium pack. The camera was even in the shade, yet the solar cell provided plenty of charge to the pack inside. While I did not have it cranking out pictures every 3 seconds (due to more conservative settings), it is nice to know that even if I do, the batteries will last a very long time. I will crank things up in the future and see just how much battery life I get with more demanding settings.

The battery life is a great feature. We all can agree. But beyond that, the camera has other great features. Even more impressive than the battery life is that it was the only camera that never hiccuped in the woods. No weird “half-pictures”. No whiteouts. No odd colored pictures. Very few false triggers on high sensitivity (even facing south and faced with the sun moving through the trees. It simply did its job all season long and took great pictures. Every other camera I have has a few hiccups. Not this one.

There are other great features as well. 0.07 second trigger speed! That is not a typo. That is 70 millisecond triggering. I got no pictures of a deer leaving the frame. Since I like to see antlers, that is great! As soon as deer come in range, it snaps a shot. The sensitivity was good too, and I got pictures of smaller critters. I got fishers, rabbits, grouse, raccoons and otters. Close to the cam and quite a ways out. Day and night, no matter the temperature. No other cam I own was as reliable. It is amazing that it can trigger on a small rabbit, but a branch waving in the sun doesn’t false trigger.

I have no financial interest in Spypoint, even though I am certainly singing its praises. To be honest, there are some things that were more in the OK range. I did have the night flash sent to conserve battery, and it could have been brighter. It was a trade off you should expect. I can set it for higher output. There was also some blurring, but there again, there is an optimizes blur reduction setting I did not use. The only thing I can blame on the camera was some blurring in moving animals during the day. Not enough to upset me, but a rapidly moving animal may be worse. However, color, contrast and overall quality was very good.

So, over all, how much did I like this trail camera? I bought a second Spypoint Solar-W for this season. That says a lot for a guy like me that loves to try new stuff. Instead of the next experiment, I am sticking with Spypoint.

OK, so I am still experimenting with trail cameras… I bought my first cellular trail camera. However, I did by a Spypoint Solar Link -S! I never had a cellular one before, mostly due to price. I was afraid I would not like it after spending the money. Spypoint gave me the confidence to take the leap.

Below are a few of the pictures I got over differing conditions. Take a look for yourself. I truly love these cameras and am slowly replacing my older ones with these Spypoints Solar versions. If you want great pictures with no battery worries, I would give them a try. 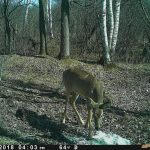 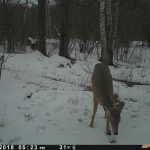 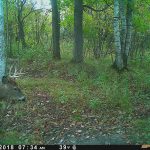 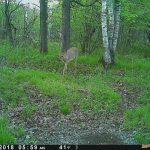 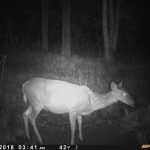 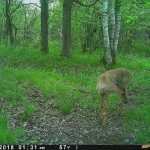