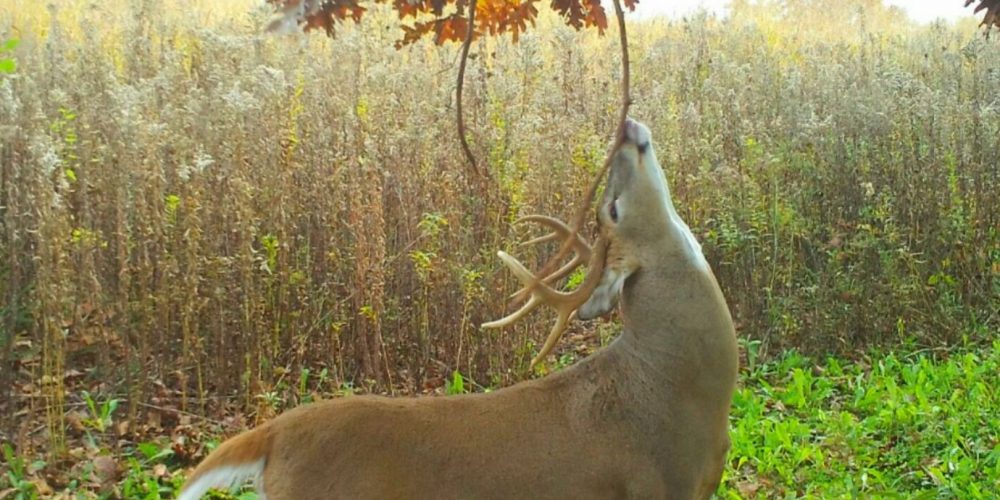 Mock scrapes are a very underrated tool for targeting big whitetail bucks. While most people think of scraping as a rut activity, deer utilize these territorial and breeding markings almost all year long (in the north, they can be hard to use when buried under several inches of snow). Spring is a great time to begin your mock scraping regimen.

I hunt here in Wisconsin. I like to start my mock scraping in April or May. You simply use a raking tool, a stick or even the heel of your boot to make a small 12 to 18 inch square scrape in the soil. You remove all debris and plant life and expose the soil. The best spots are among deer travel routes where multiple trails cross each other. You make this scrape under an overhanging branch or a vine and soak it down with some Lucky 7 Buck in Rut MAX scent. On the overhead branch or vine, spread on some Lucky 7 Preorbital – Licking Branch GEL using the convenient brush cap. If you like to monitor and catalog the deer on your property, this is now the perfect spot to hang your favorite trail camera. It is a simple and extremely effective way to see what does and bucks are using the area.

The above method can work well all year. However, to be even more effective, you can begin changing things up as the rut approaches. Adding some Lucky 7 Doe In Heat PLUS to the scrapes can help them attract trophy bucks. Start using in about two/ two and a half weeks before your rut usually peaks. The local bucks will definitely take notice and you will also start to draw good bucks from neighboring properties. One word of caution: doe in heat scents can spook does. Do NOT start using it too early. Make sure the rut has begun.

Nelson Creek Outdoors now has it Maximum Pheromonal Response scents. These unparalleled new scents certainly have a place in your mock scrape arsenal. As you near the week of peak rut, begin using one of these scents on a drag when walking to your stand and also put some on a wick over your mock scrape. Both Lucky 7 Advanced Synthetic Scent (A.S.S.) and Lucky 7 “The Juice” will create FRANTIC responses from dominant trophy bucks. They will believe a ready or already breeding mature doe is in the area and they will want to find her ASAP. It will create both breeding drive and aggression in these bucks. Using this over a mock scrape can bring insane action during the rut, definitely give it a try. These two new synthetic scents are leaps and bounds ahead of the competition.

As the rut slows, begin to eliminate the estrus doe scents and return to the buck scent with preorbital gel only. This will match with what is happening naturally. For areas with multiple ruts, returning to an estrus scent or one of the Maximum Pheromonal Response scents can once again bring wild action. Check local rut calendars to plan your timing of your estrus scent usage.

In areas without much snow, you can continue using mock scrapes to monitor your heard into the next season. In the north, we often stop making them in December and pick up again in the spring. Even after we cease freshening our mock scrapes for the season, the deer are still continuing to use them, freshening them by themselves. Even after being covered in snow for a few months, once it melts, the residual scent brings them back.

If you are not using mock scrapes as a whitetail deer hunting tool right now, you should start. If you only use them during a short window, consider extending the period you make them. Many hunters are missing out by not using this very effective method of attracting their trophy deer. 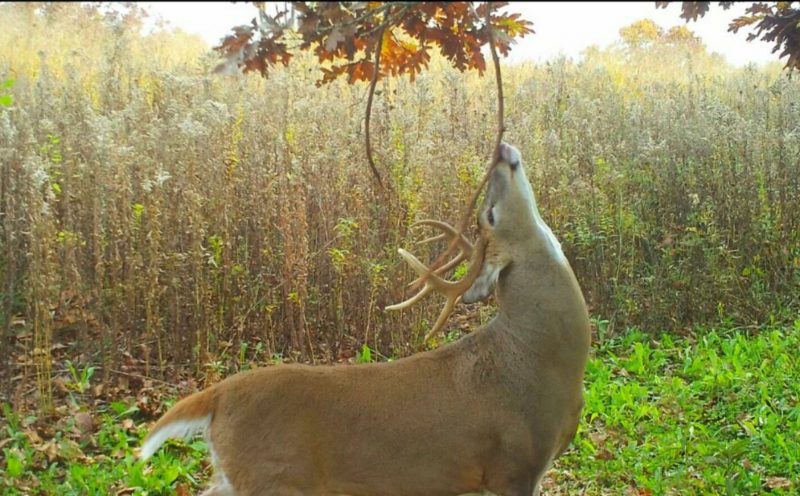 Use Mock Scrapes Year Round!