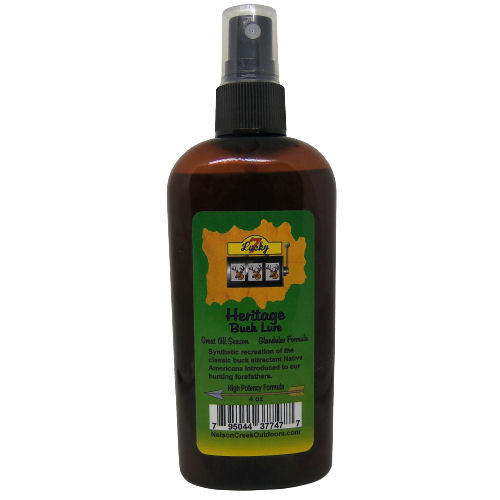 When our forefathers first came to the Americas, they had to learn many new things. In order to survive, they had to learn to gather and hunt the local food sources. This included the whitetail deer. Not having these animals where they came from, our ancestors needed to learn how to attract them in order to harvest them. The Native Americans were there to help and taught them how to make these original deer lures.

The American Indians were excellent hunters. They long knew that the urine and glands of a deer could bring more deer in for harvest. They would mix this deer lure concoction up and bring it to their hunting locations. They would apply it to the surrounding brush and the deer would come to it. It also hid the hunters odor from the deer. The original settlers were very grateful for this secret and they began making this deer scent for themselves.

Hundreds of years later, this original formula was still being offered to hunters in the U.S. It remained very effective for attracting whitetails. I myself used it as a kid. However, as effective as it is, it certainly does have its drawbacks. You must first collect urine and glands from either farmed deer or previously harvested deer. Glands need to be tinctured (reducing effectiveness) and preserved to make it into the retail environment. Spoilage still happens. Unused scent must be discarded after a short time, even with refrigeration. It was offered commercially for a long time as well, but it had the same issues as other natural deer scents. While I loved the scent, it was a pain in the butt to use and store. With my background in chemistry, I set out to recreate this awesome scent without the disadvantages.

I am very familiar with the composition of deer urine. I also have a vast knowledge base of glandular secretion components. Using that information and some good sleuthing, I was able to put together a passable formula. I was testing many other scents last year, and this was one of them. While it was a small test as I had other scent priorities, one thing became very clear. This formula was turning out to prove a very successful one, and several great bucks were taken over the test batch.

Because of the promise it showed, I decided to make a final, stable version of the formula. I decided to give it the classic amber bottle look. I also added a spray top. I began selling this in 2022 and again, it quickly proved to be a fantastic scent. In my own tests, I harvested a buck with the bow using it. Several customers harvested great bucks as well, THE FIRST TIME THEY USED IT! It certainly lives up to the standard we have set here at Nelson Creek Outdoors and Lucky 7 Scents.

Lucky 7 Heritage Buck Lure is an all season scent. I used it during the rut for my harvest, and the buck came in like he was on a rope, headed right for the odor of this scent. You can use it on a drag, in a mock scrape or on a scent wick. It attracts bucks and does. Definitely give this great new product a try!