Just throw out a scent and the animals will come, right? That is what some scent companies want you to think, especially synthetic scent companies. Guess what? IT DOESN’T WORK THAT WAY!

I am sure you have seen scent companies that show their stuff bringing down all kinds of game. Heck, the same bottle will bring in whitetail deer, mule deer, elk, coyotes, water buffalo… anything that walks. Man, that must be good stuff, right? Don’t buy into it. That isn’t how attraction works. Will you get some animals to investigate these scents out of curiosity? Sure… but curious animals are generally cautious animals. And don’t get me started on “smell jammers”, another topic for another time!

Some of these scents smell pretty “gamey”. They, in fact, smell like a farm. They were made to smell this way (using data from farm odor mitigation reports), but mostly for attracting hunters, not for the game animals. What do you need for real attraction and familiarity? You need the proper chemical ingredients that mimic the odors AND pheromones of the animals you are hunting. The reason an all around attractant cannot work is that these chemicals, especially the pheromones, are not only different for each species, they are different in each gland of the same species. Heck, even a hog farm smells very different from a beef farm or a chicken farm or a mink farm. How could one scent attract them all?

Pheromones aren’t odors. Animals detect these pheromones with specific receptors. They activate the receptor like a key in a lock, they must fit exactly to trigger a response. So you’d either need every pheromone of every animal (not really possible) in one formula, or you need specific formulas to target each species. The latter is the only real way to really accomplish it. For instance,
LUCKY 7 HOG IN HEAT HOT PORK has a different odor profile than LUCKY 7 BUCK IN RUT MAX. They also have different pheromones in each scent. Why? Again, because not only doesn’t a hog smell like a deer, hogs don’t hang out with or breed with deer. Whitetail pheromones are not the same as hog pheromones. That being said, why would one species be triggered by another species’ pheromones? Breeding season would be chaos! So for nature, it is good each species has different pheromones.

Yes, of course some non-target species will somewhat react to the scent of other animals (but almost never the pheromones) or a generic smelling synthetic scent. After all, the “curiosity” factor will come in to play. A coyote will often investigate a scrape from a whitetail deer. However, he wasn’t “attracted” to it. They simply come across it and check it out. They may also roll in it, but dogs often do the same, rolling in dead fish, garbage, etc. They just were not truly attracted to it like the target species would be. In fact, claims that a scent will pull in many different species is the same as saying that it really won’t attract any of them to any great degree. You might as well just dump a little ammonia on the ground, different animals will check that out a little, too. They just won’t be attracted  to it. When they do, it will often be in the cover of darkness and they will be on high alert.

That’s what make Lucky 7 Scents different. We formulate to the specific target and gland. Our estrus formulas contain the estrus pheromone/ markers. Our buck formula has the correct tarsal pheromone (and is likely the only brand that does as far as I can determine). Our scents are formulated to have true attraction, true familiarity to the target species. This is why they are the most effective synthetic scents on the market and actually better that real urine or gland tincture. Trust in Nelson Creek Outdoors to give you the best formulas on the market. 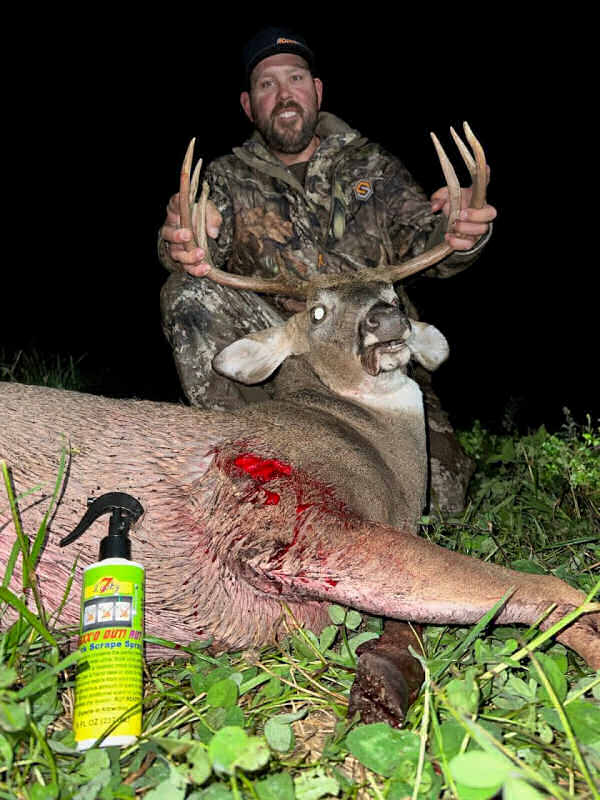