Hunt With A Legacy Firearm 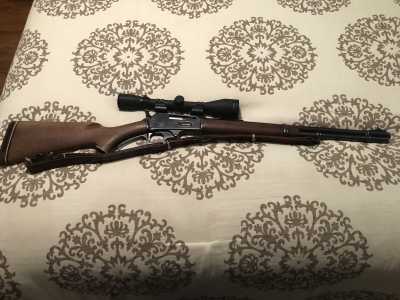 Last year, I harvested my first buck ever during the gun deer season. I was privileged to harvest it with my late father’s 30/30. What follows is my story about Dad and I, and hunting, and hunting with a legacy firearm.
I had spent most of my early childhood years with my mother, as Mom and Dad, who had been high school sweethearts, divorced while I was still quite young. Dad had joined the Navy shortly after getting married. Mom always asserted that the Navy had changed my dad, but she still loved him, even after she remarried. I had only visited with Dad one summer until the age of 11, as the navy kept him moving around. From the age of 12 through age 18 though, I lived with Dad.

Dad was a hard man to know, but he was loved by many, just the same. Three divorces and a 20-year navy career had left him hardened, and a little pessimistic about life. Hunting and fishing was one of the few ways to get to know him, or to get close to him. My father grew up hunting in the hills of southwest Wisconsin. He was no stranger to the outdoors. Dad and I had gone hunting a few times over those early, formative years. 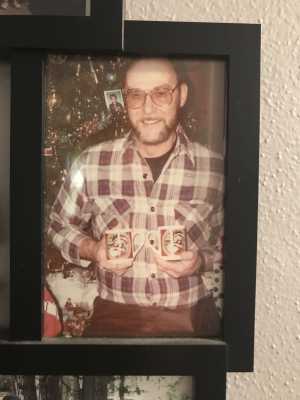 After I grew-up and moved out, the hunting did not stick with me. Dad, on the other hand, had friends that he went group hunting with every year. I took up other interests, including the previously mentioned fishing, also camping, learning to fly in light aircraft, and raising a family. I moved across the state. We would still get together for fishing once or twice per year and I would visit him with my spouse and kids on occasion. Outside of these few visits, I had to rely on the telephone to build my adult relationship with Dad. We became close.

Then, suddenly, in 1994, Dad passed away. He left behind three grown boys, three ex-wives, his hunting and fishing equipment, and his legacy. A crowd of people turned out for his funeral. I wasn’t the only one that missed him. There was a big hole in my life when he passed. He was 53, I was 26.

For one reason or another I ended up with Dad’s guns. At that time, I did not feel that I would ever want or use the inherited firearms. I sold a handgun to a friend of a relative. I gave a Browning rifle to one of Dad’s close hunting buddies. I sold another rifle that he had not owned while I was living with him, so there was no sentimental value. I could not bear to part with the rest of them though, including his Marlin 30/30 that he had carried since his early hunting days. 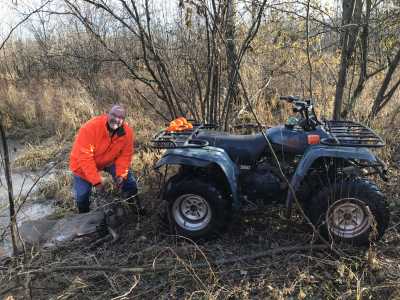 Life is a funny thing though, and we can’t see too far down that road. Sometime just before I turned fifty years old, I decided to take up hunting again. I thought of my dad often. I did some pheasant hunting. I hunted other small game, then turkey, then I made the jump back into deer hunting. It was slow going as I did not put much time into looking for a good public hunting area, and consequently, I did not find one.

Eventually I met another hunter at work who found that I was looking for some direction, and he began to mentor me. We have since become friends. My friend has a small property that lies a couple hours away, and consistently yields deer. He invited me to hunt the property with him. I picked up a used crossbow for that first bow deer season together, and I harvested my first buck with it, a decent sized nub buck.

Then came gun deer season. I wanted to use Dad’s old Marlin lever action 30/30 to harvest my first buck in gun deer season. I felt like it would mean something to me. I took some ribbing about using the “gunslinger lever-action 30/30” from some of the more seasoned hunters, who were touting their two-hundred-yard or more shooting capabilities with their 30-06’s, and pointing out the much shorter trajectory available with the old 30/30. However, in the conditions I was hunting, dense woods, with limited visibility, I was in no danger of coming up short of a longshot with the 30/30. As luck would have it though, I did not harvest another animal during the gun deer season that year. A deer simply did not walk by the stand. 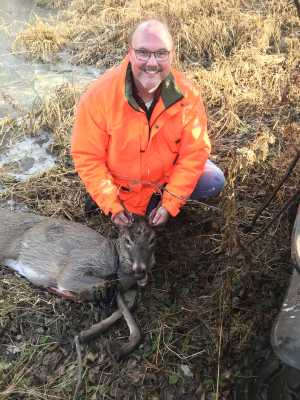 Fast forward to the next year, and my patience paid off. A two pointer came walking by the stand on day two. The tines were tall and had fooled me into thinking it was a 4 pointer at first. It was across a creek and was perhaps 35 yards away. I dropped it with one shot, or so it seemed. In my nervous excitement, I had let the gun barrel rise as I squeezed the trigger. It turned out he was just paralyzed with a spine shot. Soon, the buck raised his head. I quickly shot again to put the animal out of his misery. I was elated at having harvested my first gun deer buck, and with the 30/30.

It felt good to take that deer with Dad’s old rifle. It added to the thrill of the hunt. I felt that, once-lost-but-powerful-connection that I had had with Dad, at least for a little while, once again. I believe the memories from this hunt will last a little longer knowing that I used the same gun that Dad used for so many, yet too few years.

Share:
March 29, 2020 News
Early Season Deer Scents
What We Have Been Up To at Nelson Creek Outdoors This Spring