Nelson Creek Outdoors/ Lucky 7 Scents is located in the great state of Wisconsin. In our state, we have both excellent deer numbers and quality bucks. To top it off, we lead the country in terms of Boone and Crockett entries. I would say we have it pretty good.

We have several different deer seasons. It begins with our archery season. We can use a variety of different bows, including compounds and crossbows (they are not just reserved for handicapped hunters in Wisconsin). We are able to get into the woods deer hunting by mid-September with archery equipment and the season runs all the way into January. Airbows are not allowed.

For firearms, we have a traditional 9-day rifle season for deer hunting. Rifles are allowed statewide except where prohibited by local ordinances. Hunters in those areas tend to count on shotguns to harvest their bucks and does. Deer hunting is built into the heritage of Wisconsin and is very important part of the heritage of many families. Come the November gun season, we have a huge standing army of blaze orange clad hunters. There are also some late season rifle doe hunts and often we have a “Holiday Hunt”. No bucks may be harvested during these antlerless only seasons. In addition to these opportunities, there is a Youth Firearms Season in October to give young hunters an extra chance at a buck or doe. There are plenty of opportunities to harvest a deer in WI with a firearm.

This state has a muzzleloader season in late November/ early December. This gives people who love these primitive weapons their own season to harvest a whitetail. It can be a challenging weapon to use, although modern versions are extremely accurate and have extended ranges up to 300 yards. Either way, you still only have a single shot to get the job done.

Baiting is only allowed in a handful of counties. Most have been closed due to the presence of CWD. While I may disagree with the baiting ban and baits risk of spreading disease, it is nonetheless not legal to use bait in most counties in the state. This includes any food or grain product and mineral sites.

Real deer urine is still allowed to be used for deer hunting in Wisconsin. However, there are rumors this may not remain true forever. We may not agree with these laws, but we do need to follow them or risk fines and loss of hunting privileges. The thought we may face such real urine bans is supported by the expanding baiting bans also said to be in place to reduce CWD. The move to synthetic scents will probably become necessary at some time. Lucky 7 Scents makes extremely effective synthetic deer scents that are, in fact, even more effective than “natural” scents. Making the transition to synthetics should not only be painless, it should be advantageous to a successful deer hunt.

Wisconsin does offer a great chance for a great buck. Buffalo County leads the nation in B&C record book buck. While some other states are making a charge at the title of best big buck state, WI is still holding its own. Unfortunately, we do overharvest both yearling bucks and does. Combine with the ever expanding wolf and other predator numbers in the state, our northern areas offer far less opportunity than they used to. Hopefully we can someday remove politics from our herd management in the state and get back to doing what is best for the deer.

This post has the basic information as of its writing. If you would like to read more, please follow the link below to the Wisconsin Department of Natural Resources site. 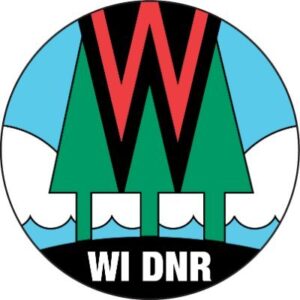